They were the XI edition of the Summer Olympic Games in the Modern Era. They were held in Berlin, Germany, between August 1 and August 16, 1936.
The city of Berlin won the bid to host the Games in May of 1931 (over Barcelona City), more than one year before the appointment of Adolf Hitler as the Chancellor of Germany. Spain didn´t participate in the Games and, at the firt, the team of the United States had the intention of boycott the Games, but finally they opted for participating.
The Berlin Swimming Stadium- Used Postcard 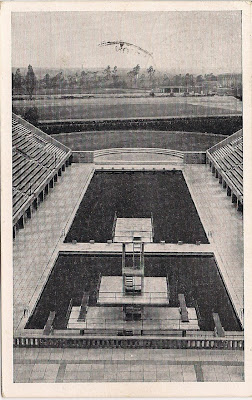 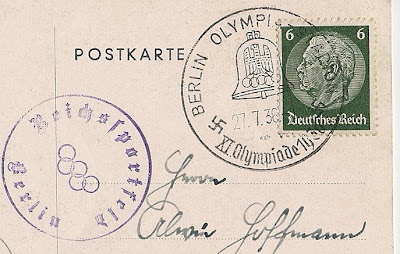 Hitler took advantage of the Games to shou the world the magnificence of the Nazism and entrusted an elaborate advertising progam to the minister of publicity Joseph Goebbels who at the the same time entrusted the upt in scene to Albert Speer and the supervision of filming to the photographer Leni Riefenstahl. In August 1, during the ignauguration of the Olympic Games of Berlin, like asample of the greatness, the Hindenmbug, flew over the Olympic Satdium moments before the apparition of Hitler. 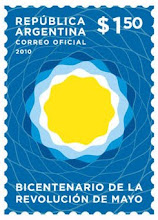